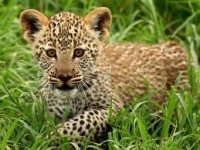 We posted a blog not so long ago titled Is your local Puppy Farmer playing by the rules ?

Now I’m not in anyway trying to trivialise the whole practice of puppy farming, but they only exist because there are van loads (excuse the pun) of un educated people out there only to willing to shell out hard earned money to buy one of these poorly bred & raised pups.

Some of these pups end up in the Pet Shops that continue to be involved in this cruel and unjust practice.

Puppy Farmers Can Advertise for Free

Others end up on the general online classified web sites, some of which offer the puppy farmer a free opportunity to reach their potential customers.

Recently one of the largest Free online classified web sites announced a drastic overhaul of it’s policies in relation to the advertising of dogs.

All of a sudden they will no longer allow ads from puppy farmers or commercial breeders.

No stud dogs will be allowed

No animals under the age of eight weeks

Only 2 ads allowed per year

All ads must show a photograph of the dogs or pups for sale.

AND…they now have a dedicated team that will monitor the site.

Hurrah, you might say, but lets’ not crack open the champagne just yet.

No Stud Dog or Puppies under 8 weeks old

Also, two of the above conditions which have also been adopted by another general online classified web site recently, and for the life of me I don’t understand why.

In relation to stud dogs, everybody past a certain age,(and that age is getting younger and younger), must know that it takes two to tango, and without a male dog, there would be no puppies in the first place. On our site, Pedigree dogs we stipulate to the person placing the ad that,  ALL Stud Dog ads must quote what health checks have been done  and under the advice section you can find the following information, “In relation to Pups on the site (or Dogs being offered at Stud) we would recommend asking the owner if the pups parents (or Stud Dog) has had the relevant breed specific health checks, and request to see proof of same. ”

I’m also a bit baffled as to why you are not allowed to advertise your pups until you advise that they are 8 weeks of age. Surely it’s best practice to advertise the pups, if the litter exceeds the number on your waiting list, as early as possible so that you can carry out the relevant checks on a prospective puppy buyer, such as home checks etc.

Anyhow, I suppose overall it has to be welcomed as good news, and in another way leaves us here at Pedigree Dogs feeling tickled pink that these HUGE companies have finally begun to realise what we did from the outset when we adopted the right polices from the word go.

A Leopard changing its spots spring to mind