If you look up Wikipedia and search for Farm, under a sub section you will find the tab Factory Farming.

They go on to describe the practice of Factory Farming as the process of raising livestock in confinement at high stocking density, where a farm operates as a business.

The main products of this industry are meat, milk and eggs for human consumption.

Now most right minded people amongst us find the whole concept as being completely wrong, where livestock are born, reared and kept confined, then killed on concrete or some other man made substance, and never get to roam on the earth as nature intended.

But if the person or persons that put together this page on Wikipedia were to focus this topic on Ireland, they might well have had to include two other “products” to the list, the first being fur, and the second being puppies. Much as we here at Pedigree Dogs are against Fur Farming in this country, I’ll leave that topic to somebody else more qualified to write a blog on the same.

Puppy Farming – It’s been around for quite some time

The topic / subject that is puppy farming is one that has been around for quite some time, and if it’s not exposed as often as we would like, it’s always a subject that is simmering under the surface. It’s instances like the recent discoveries in Dublin by the DSPCA where car / van loads of puppies, some underage and suffering from very treatable conditions such as mange, earmites, fleas, and eye infections, were stopped en route to the ferry to the UK for sale in pet stores and other outlets that continue to turn a blind eye to the despicable practice that is the farming of dogs on a large commercial scale, that brings the topic back to the headlines or filler space in some newspapers.

The animals were seized under the 1911 Protection of Animals Act due to the unnecessary suffering caused during transportation. That’s it.

That’s the only law so far that these people have broken. You see, contrary to what most people believe the farming of dogs in Ireland on a large commercial scale is NOT illegal.

Puppy Farming is NOT illegal

Once the person or person’s involved comply with the terms and conditions laid down by the recent Dog Breeders Establishment Bill, they are free to ply their trade, and in their eye’s supply puppies that they consider to be in huge demand in the UK and Ireland to people that can only be described as irresponsible.

Something I’m sure the likes of Battersea Dogs Home would have something to say about.

Now whatever your opinion is on the raising of livestock on farms with the sole purpose of becoming a main player in the human food chain, the farming of dogs, a species that we domesticated to share our lives with, must be looked upon with the same disgust as watching somebody eat a dirty toe nail sandwich or licking the under arm of Belarusian shot putter Nadzeya Ostapchuk after an intense training session.

Don’t you think it’s about time that we stopped legislating this cesspit of an “Industry“, and just do the moral thing and ban it completely ?

Please feel free to like this piece and share with as many of your friends as you wish. 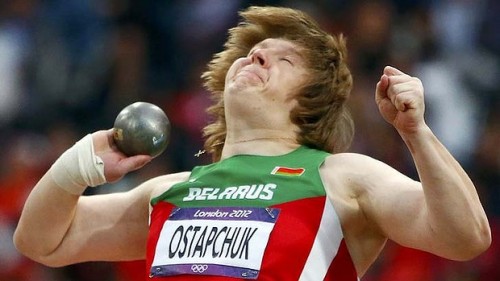