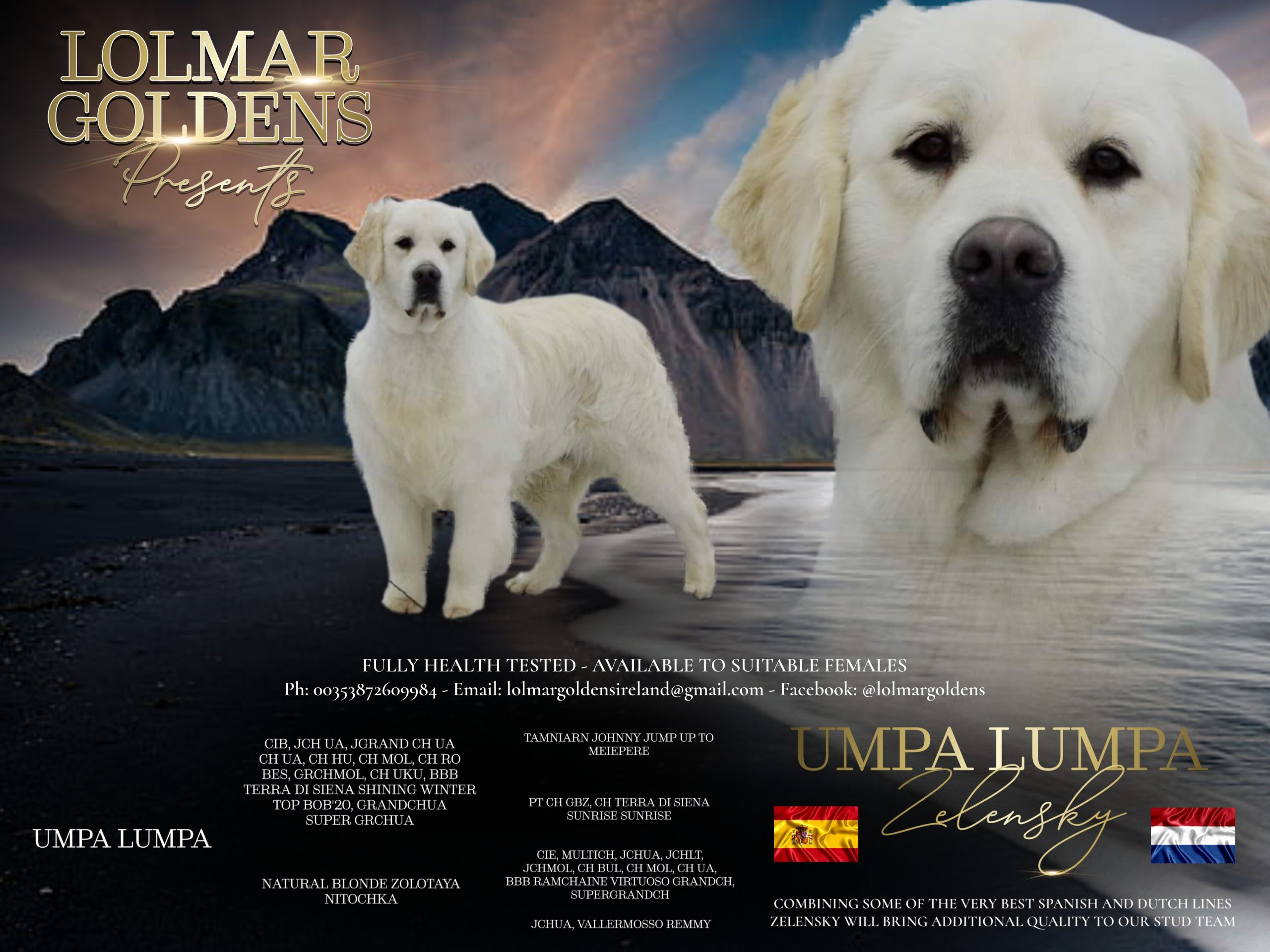 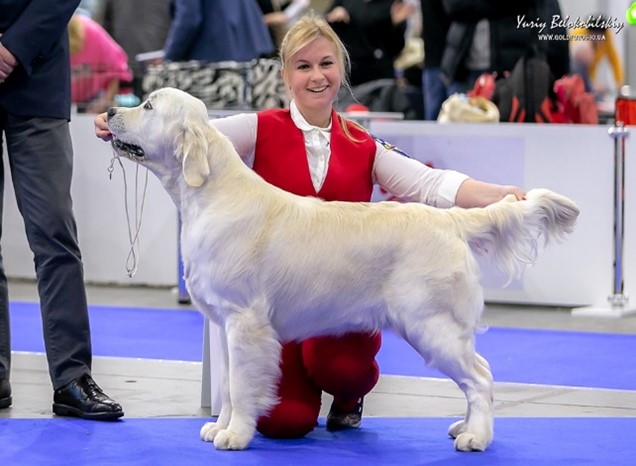 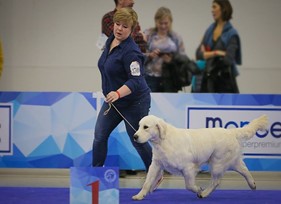 Lolmar Goldens is delighted to announce the safe arrival from the Ukraine, the newest addition to our stud dog program – Umpa Lumpa – Zelensky. This boy comes from a family of champions. Both his Father and his Dam’s Father are multi National Champions and both Super Grand Champions. “Zelensky” has been sourced not only for his champion lines but more importantly for his impeccably healthy lines. Combining champion Spanish, UK and Dutch lines, Zelensky is sure to produce future champion. He will commence his show career this summer and is available to suitable females.
His Father “Terra Di Siena Shining Winter “Shaman” is Super Grand Ukraine Champion. Imported from Spain by the famous Navilis Goldens Kennel he was been shown all over Europe with tremendous success, picking up Junior titles in numerous countries along with Adult National Titles in Ukraine, Hungary, Romania & Moldova.
Zelensky is health tested with near perfect hips and elbows. Both his parents are clear for PRA

Complete the form below to send a message to this owner.